My current work examines how digital technology affects liminal space or the in-between. Condensing the meaning of liminal space to its essence — that of transformation, the movie Xanadu is used as a medium and starting point for the process.

Using programming, microprocessors and electronics, the movie Xanadu is initially transformed using instruction. The raw data of the movie is altered to create glitches that reveal the materiality of the digital movie file. During the transformation process the liminal space is laid bare, poised on a threshold between one state and another.

The use of digital technologies as part of the process when making these works introduces a collaboration in the making of the work. In some instances algorithms were applied to introduce an element of chance to the making. This action takes absolute control away from the artist and created collaborations between the program and the artist.

The decision to use iPhones, iPads and HDMI displays, led the research to identify the interface as a liminal space. A comparison between the body and performance, to an interface, took the transformation one step further by providing a physical manifestation of liminal space.

Examining this topic has led the research to determine that the process of making this work is central to the idea of liminal space and is just as important as the visual outcome. This idea is similar to ideas put forward by artists like Sol LeWitt that use instruction as a basis for their art making and Laura Owens who questions where a painting is, rather than what is a painting.

The final iteration of this process led research was presented in the form of a roller disco that echoes the theme of the movie and reveals the in-between for all to see. 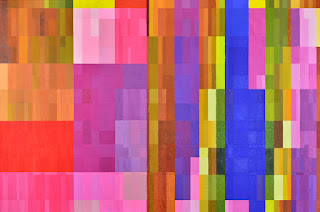 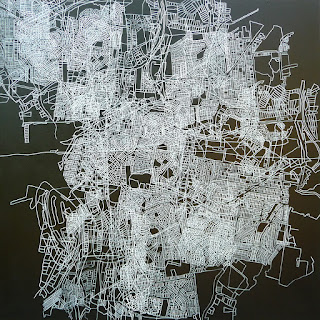 Things I am looking at